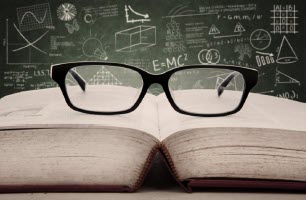 When asked to share what they gained from a mentoring experience, mentees often point to the clarity they gained on their career path and, most importantly, their goals.  Establishing the mentee’s goals should be among the first steps in any mentoring partnership, and the importance of this step cannot be overstated.  After all, as Emmy award winning designer and Chief Executive Officer Chris Do says, “Clear goals, clear results.  Fuzzy goals, fuzzy results.”

Mentoring without established goals is like driving without directions.  In the best-case scenario, the mentoring partners might enjoy the ride, but they likely won’t arrive at either partner’s intended destination.  Worst-case scenario, they’ll wander aimlessly without purpose, growing anxious and frustrated, squandering the opportunity for an impactful experience, and perhaps even feeling that mentoring is burdensome in their already overloaded schedules.

Having a clear understanding of what the mentee hopes to get from the mentor and from their mentoring experience is critical to setting off in the right direction and staying on course. Here are some things mentoring pairs can do to clarify the mentee’s goals and lay the foundation for well-managed expectations, targeted mentoring work, and, ultimately, a successful partnership.

Define the mentee’s priorities.  Early mentoring discussions should include asking the mentee to explain what is most important to them—not just where they see themselves in five years, but why.  Some mentees may not have a vision for their future but may easily be able to list the things that matter most to them, such as having flexibility and work-life balance, feeling like they are making an important contribution to their work, or earning a certain salary range.  Others, meanwhile, may rattle off a list of goals but may struggle to explain how those align with their priorities.  They may think they know what they want only to discover they are responding to the priorities other people have set for them rather than priorities they’ve set for themselves.  Regardless of where the mentee is, a mentor can help them dig deeper into what truly drives them by asking them to name their values; write down what they would like to maintain, improve, and change in their work and personal lives; define their strengths and what energizes them; make a “to don’t” list that helps them clarify what they don’t want (which is also important to understand); or apply the Toyota “5 Whys” process to their stated goals or priorities to understand the root driver beneath them.

Refine the mentee’s goals to align with their priorities.  One of a mentor’s key roles is to help their mentee confirm that they are moving in the right professional direction. Once the mentor understands the values that motivate the mentee, they can help set or refine goals that align with those priorities.  For example, a mentee may have come to the partnership with the goal of achieving a position that seemed like an obvious end-goal but discovered through early mentoring conversations about their drivers that the tasks and responsibilities of that job don’t match their values, strengths, or passions.  Once the partners confirm that the mentee’s goals align with their priorities, they should also confirm that the goals align with reality—does the mentee really have the time and resources to meet the goal?  Are they willing to sacrifice the time and effort required to achieve it?  Would that sacrifice be worth it to them?  What are the benchmarks for success?  Realistic timelines?

Outline specific steps to achieving the mentee’s goals.  By this point, the mentee should have a clear (or at least clearer) picture of what is important to them and goals that reflect what matters most.  Now it’s time to map out the path to success.  Mentoring pairs can define actionable steps to achieving each stated goal.  Here again, the mentor plays an important role.  In the first two steps, the mentor has primarily asked thought-provoking questions designed to help the mentee arrive at their own conclusions.  When it comes to career-mapping, however, mentors can offer insights and advice that the mentee may not have considered or known on their own.  Mentors can help the mentee break their goals down into smaller “sub-goals,” lay out a checklist and schedule for achieving them and prepare for the pitfalls and challenges they are likely to encounter.

Identify mentoring activities geared toward the mentee’s goals.  Now that the mentee and the mentor both have a clear picture of the mentee’s priorities, short- and long-term goals, and their plan to achieve them, it will be much easier to identify how the mentor can help.  With the end in mind, the partnership can focus on a mentoring strategy or action plan. For example, establishing strategic connections, taking on stretch assignments or applying for opportunities that will help them start building the experience they’ll need.  This is also a great time to identify a situational mentor to set up a shadowing experience or work on a specific skill or project.